Fantastic Fan installed…one down, one to go!

Finally! It feels like I have been carrying around these lovely new fantastic fans in the back of my car or looking at them sitting in the living area forever. Last week I was finally able to get one of them installed with the help of my most awesome brother-in-law. The process went smoother than I expected and required only one additional trip to the store for supplies. One additional trip is considered a win in my book. We did experience a little drizzle during the project despite a forecast that said 0% chance of precipitation. Thankfully it was only a drizzle. This is not a project you want to be working on in the rain…for multiple reasons. First reason being that I’m not really inclined to test out the TinCan as a slip-n-slide. Overall I think the project took about 3.5-4 hours. However not all of that time was spent working…my helper had to be on a couple of teleconferences while we worked so I spent a little time just hanging out on the roof. I forgot to take an actual before photo so you will just have to imagine the fan below still sitting in the hole with rivets in everyone one of those little holes on its flange.

To be honest I started this project trying to avoid the use of the power tool. It looked a little scary, and I was afraid of scratching up the roof. Therefore, I tried the method I’ve seen on other Airstreamer blogs using a steel chisel and my hammer. That lasted about 2 minutes. Hahaha! Hand me the power tools!!!

Electric grinder in hand, the rivet tops were quickly shaved off. A quick punch with a small point object and a hammer to pop the remaining rivet stems loose, a gentle pry with the chisel under the corners, a push from below, and Viola! Fan removal success!

This tool is awesome! It saved me hours upon hours of work!

However, the electric grinder will put a hole in your pants (and yourself) quicker than lightning!

Pile of tools on the roof. Hey! Didn’t I just wash this not long ago?

Cutting a small piece of board to insert between the inner and outer skins next to the fan. There was a slightly lowered space on the roof next to the fan, so I am hoping the wood will raise it just enough.

Ummm…There is a hole in my roof. Photo taken after squaring up the opening to fit the new fan.

Just me…taking a selfie on the roof! Sorry, but I obviously sat up there a little too long. Waiting for the teleconferences to be over and for my brother-in-law to finish connecting the interior portion of the fan. No photos for that part this time around. I will try to do better on that segment during the second fan install. Having a helper for the interior portion was fantastic! (get it?) It saved me having to climb up and down the ladder repeatedly. Plus I learned a thing or two about connecting the electricity.

I used the Dicor Self-leveling lap sealant around the edges and to coat each screw. It went on really well, and I like how it smoothed itself out. Now I just hope it holds up well. So far I haven’t noticed any leaks during any of our flood rains.

I love the extra light the new fan lets in!

THAR SHE BLOWS!!! I can’t wait to install the second fan so I can create a wind tunnel through the TinCan. It is nice to run this one with the direction set to pull the air out. It creates a nice breeze with the windows open. Also, since the new fan is in the front end of the TinCan, it works well to pull the colder air from the A/C in the back towards the front when the temps and humidity outside don’t allow for the windows to be open.

Overall this project was not nearly as difficult as I thought it might be. Yay! One more item is crossed off the list.

The following links were helpful in preparing for this project:

“Replacing an Old Vent with a Fantastic Fan” @ Advodna!

Thinking about installing a Fantastic Vent or Fantastic Fan yourself ?

And of course always check Airforums.com

For the Fans themselves-Vintage Trailer Supply*

PS. If you are interested in the old fan, I just put it up for sale on eBay last night. I will also have the second fan available after I get around to the second install. 🙂

*Must disclose: this link is an affiliate link.

Stay up-to-date by signing up for my Newsletter:

This site uses Akismet to reduce spam. Learn how your comment data is processed.

I have chosen to participate in a few select Affiliate Marketing Programs on this site. If you like what you read here, the TinCan & I appreciate your support of these affiliates as it helps us keep our dreams and goals alive. Thanks!
Read the full Privacy Policy & Disclosure
If you prefer to simply buy a Rivet for the TinCan or a cup of java for her owner, you can do that via PayPal. 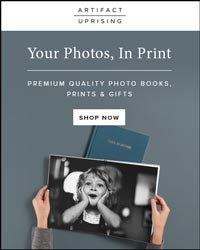 Support the TinCan by shopping via our Amazon or Ebay Links:

© 2020 Am's TinCan. All material, photographs and text found in this blog are copyrighted. If you are interested in using them, please feel free to contact me.